Another night walking a transect, doing a spotlight survey in the Wombat State forest looking for endangered species.
Tonight’s star of the show was Powerful Owl.
These are such awesome birds. They are Australia’s largest Owl growing up to 65cm length with a wing span up to 1.3m. They are seriously large predators. From the track only its head could be seen.

After letting it get used to our presence we were able to move and change angle so we could see it front on. 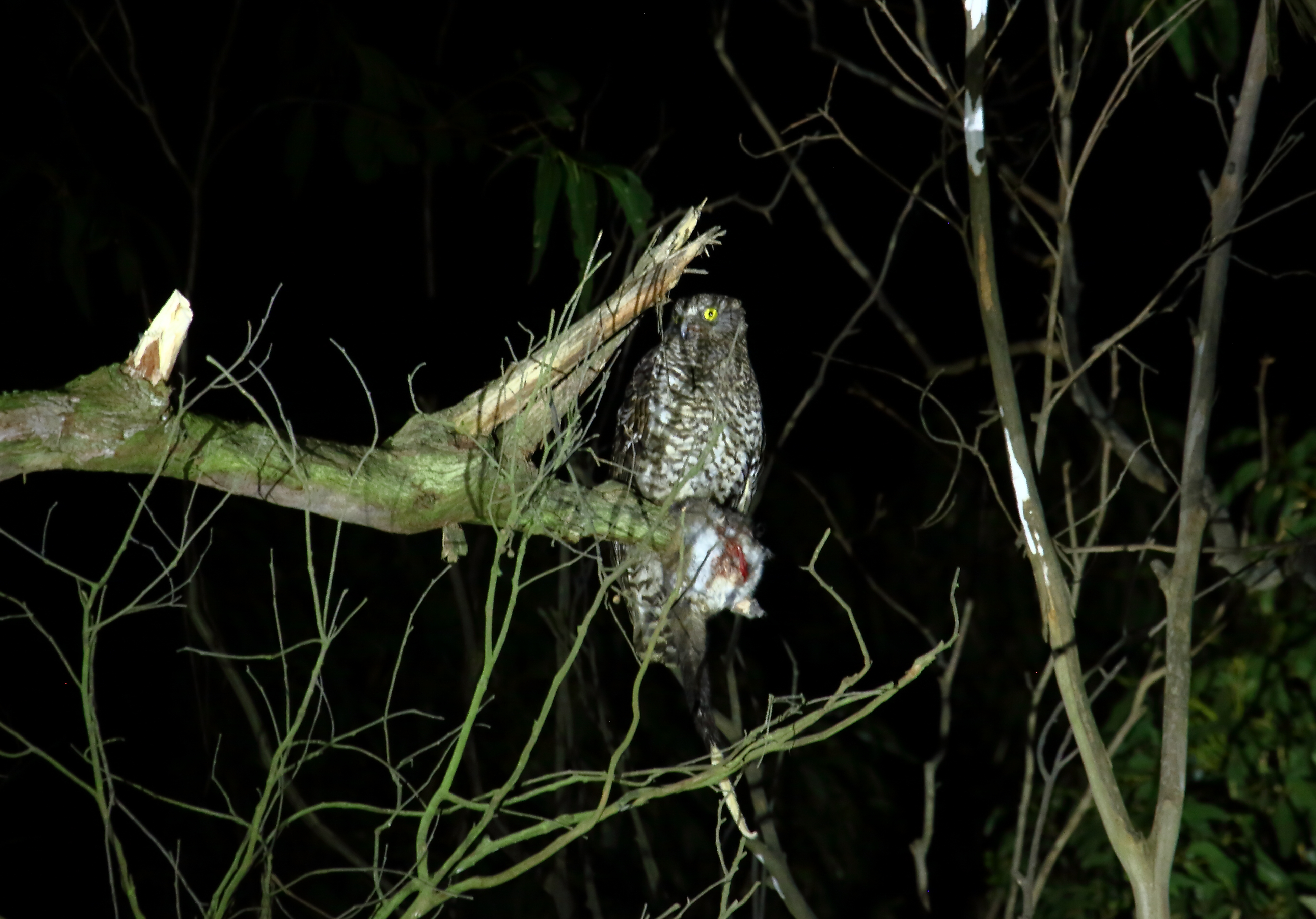 So now we know why it stayed while we moved. It’s dinner in it’s claw, an adult ring-tailed possum looks small as compared to the owl. I would guess it will share its meal with its mate who we could hear but not see in the surrounding darkness. What a great find and despite not seeing any Greater Gliders, who are also food for the Powerful Owl, it was such a great night to be out.

If you get the chance a walk at night in a forest or even your backyard in Australia with a good torch is a great way to see what is out and about at night. Thanks to Upper Campaspe Landcare Network for organising this walk.

2 Replies to “Another night walk in the Wombat Forest”