In a recent night spotlight on species night survey we were in luck. We found another Greater Glider in the Wombat State Forest. This time rather then just taking stills I was interested to see if I could video the Greater Glider. Normally when lit by spotlights the Greater Gliders end up pretty well blinded by the light and tend to just sit still. While this is great for photos, a glider just sitting in a tree in the light is not great for video.

So when trying to film anything a night in situ with natural behavior there is no point using a light so bright as to stop that behavior. We know most nocturnal animals seem happy to move about in moonlight so this time with the Great Glider I tried a light that was only just a little brighter than a full moon. It worked, the glider was not interested in me and my light and it kept watching the people with the spot lights as they moved on. I was finally able to capture a bit of clambering about before the spotlights returned but it gives me great hope that it will be possible to film this magnificent endangered species in the wild. All in all it was a very good test result.

The clip starts with a brushtail possum, it was my test critter, while it was interested it did not seem to be worried by my light. I then got some shots of the Great Glider under the spotlights from the survey team, it did as others have done in the past and just sat. As the team moved on I stayed, you can see the glider as the spot lights go off and a red head torch is used to light it. It still stares at the people and red light, I turn my light on and off a couple of times, it does not seem to notice and is much more interested in looking at the spot-lighters. Once they move on we see the Greater Glider just under my light. When it quietens down the Great Glider changed position just before the spotlight team returned. It was very encouraging to see the Glider being unconcerned under the filming light.

For the technically interested the material was shot with a Sigma 150-600 mm lens, using a Sony A7S2 Camera in 4k at 25 fr/sec. It was about 30m away from the camera and did not seem to mind my quiet presence.

What an exciting and amazing night spotlight walk lead by Brad Blake, Upper Campaspe Landcare Network Threatened Species officer. We found 9 greater gliders on the 1km transect and numerous other possums and birds. It was just an amazing and exciting night as we saw so much. The terrain was very steep and somewhat challenging but the rewards were high.

So many possums in the area, ringtails and brushtails. We saw so many it was a really good night for possum spotting. Of course the highlight of the night was the number of Greater Gliders we saw. Some were high up in the canopy but others sat and posed to have their picture taken. 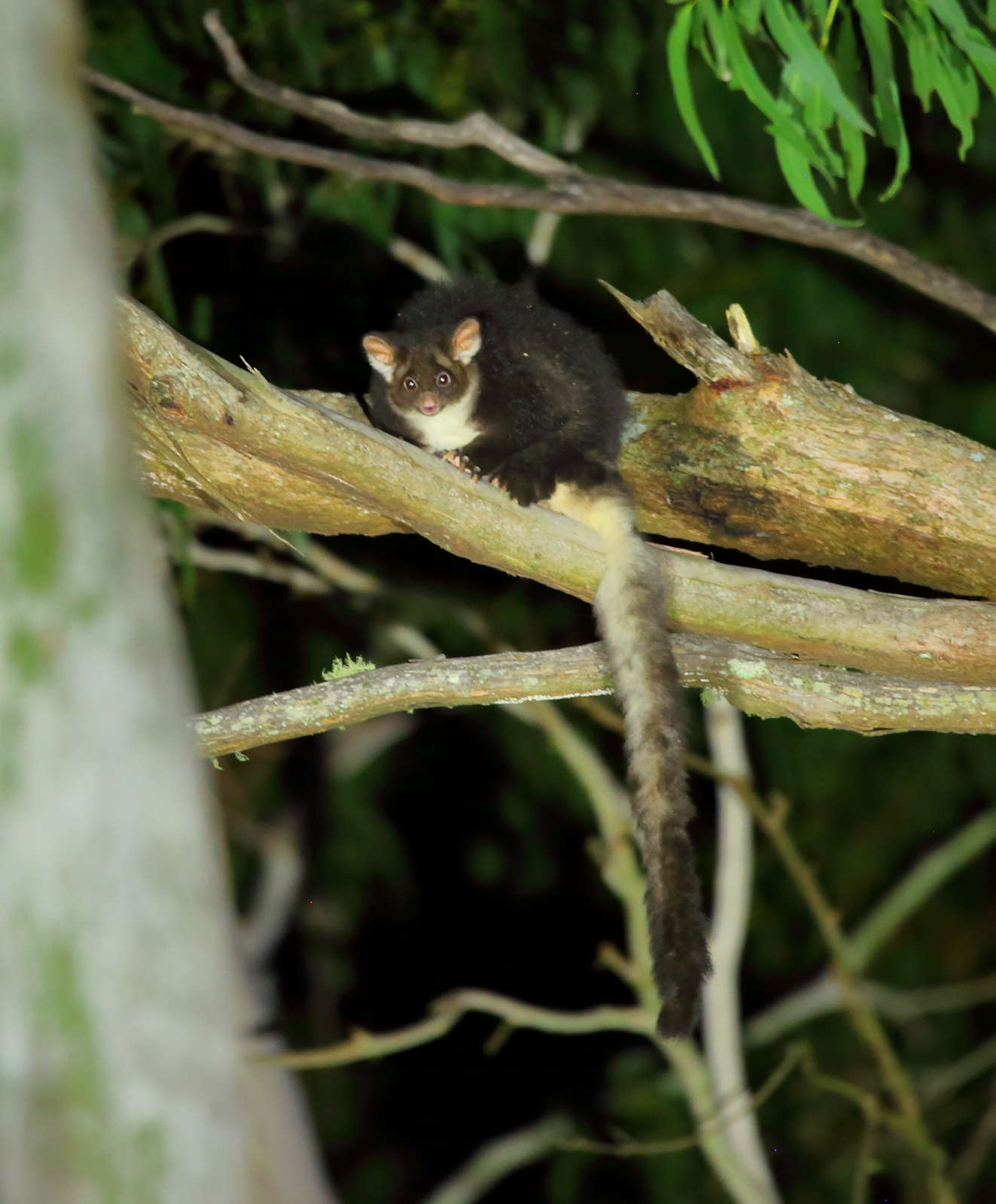 It was so exciting to see the gliders so well.

Finally on the way back to the cars we found a giant (by local standards) Eastern Pobblebonk frog just sitting on the forest floor. There must be rain on the way as it has only just emerged from under the ground so fingers crossed we get some rain in the next few days. They certainly seem to know when it is about to rain.

Until next time, keep your eyes and ear open and see what you can find in your local area at night with the aid of a spotlight.